The Wedding Chaps On ‘Married At First Sight’ (Yes, Really!)

As the busy wedding season begins to wind down, The Wedding Chaps can collectively take a moment to pause and reflect on another busy year helping couples celebrate in style...
At least, that was the introduction we wanted to write, but 2020 had other ideas. 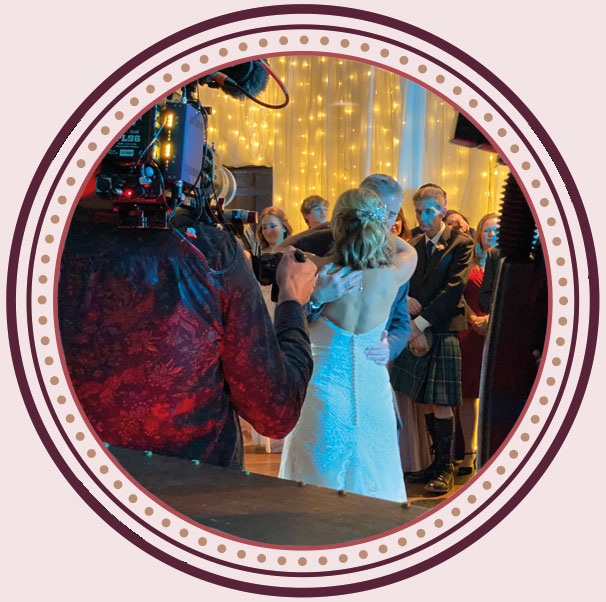 To describe this year as ‘surreal’ would be an understatement. We began it with a spring in our step and a busy diary. As we head towards the end of 2020, we’ve had a year of wedding limbo (and we don’t mean the fun, dancing kind of limbo where you put your back out trying to sashay under the bar!). It’s been tough for the wedding industry, but The Wedding Chaps have risen to the challenge and between us, we’ve been able to support our couples through this most testing of times.

So rewind to mid-March. The world is an increasingly odd place as the realisation dawns on us that - to put it mildly - Covid was going to be a bit of a party pooper. To really ratchet up the surreal feeling, we’d been asked to DJ for two weddings being filmed across one weekend at one of our favourite venues, Eastwell Manor. Two couples were due to tie the knot in front of the cameras, for Channel 4’s ‘Married At First Sight’.
We normally get to meet our couples ahead of the wedding day, to share ideas and find out what makes them tick. However, neither couple have met each other before the wedding day, so they certainly won’t have met any of their suppliers! So we turn up armed only with a list of tunes and a sense of excitement at being part of something extra special.

We’re greeted with a hive of activity. Along with the wedding guests, an army of camera crew, sound engineers, production and support staff rush around. It’s a wedding, but not as we know it.

I’ll let you into a secret, announcing the first dance with not just eyes, but TV cameras trained on you is pretty nerve wracking! Pyrotechnic fireworks explode in effervescent sparkles and the guests cheer as Owen and Michelle take to the dance floor for their first dance. Remember, they were strangers just a few hours before. How mad is that?

As you’d expect when two people who don’t know one another get married, they each chose a first dance. So of course we played them both:

Owen’s choice: BB Rexa - Meant To Be
Michelle’s choice: Whitney Houston - I Wanna Dance With Somebody

On Sunday night we were back at Eastwell Manor for David & Shareen’s wedding party. Only this time, we’re working alongside a band who are taking care of the first dance before handing over to us.
As we type this, it’s the end of October and both couples’ married adventures so far have gone to air on series 5 of Married At First Sight on Channel 4. As you can imagine, The Wedding Chaps are keen to find out if the cameras captured our good side, but we’re also intrigued to find out how what happened once the party was over.

Ladies and gents we have mixed news... you won’t be seeing us on the telly box! Our TV debut will have to wait, which is either good or bad news, depending on your point of view. However, we’re chuffed to report that whilst David & Shareen sadly parted ways, Owen and Michelle are still very much together. So whilst David and Shareen opted for a band to perform their first dance, Owen and Michelle chose The Wedding Chaps. With tongue firmly in cheek, we’ll let you draw your own conclusions!

If you get the chance, then check out Series 5 of ‘Married At First Sight’ on All 4, Channel 4’s streaming service. It’s inspiring to see the risks couples will take in order to find their perfect partner. However, the real star of the show is Eastwell Manor, a venue rich in tradition and a stunning backdrop for the cameras.
Copyright 2020 - The Wedding Chaps
CONTACT US